PSA Peugeot Citroën – Back in the Black!

PSA Peugeot Citroën is back!  The opening sentence from an article in Le Monde, the newspaper of record in France says it all.
“After a loss in 2014 of 555 million euros, the company under Carlos Tavares made a profit of 1.5 billion euros.”   How did he do it?   Essentially he reduced the cost of production of each vehicle on average by 1,000 euros.   He also closed the huge production facility in Aulnay-sous-bois (on the outskirts of Paris) laying off some 8,000 workers.  He also moved employees into companies that produced parts for PSA. It is not clear yet what Tavares’ cost cutting measures will have on Citroën’s effort to preserve its marque at Le Conservatoire which is also located at Aulnay-sous-bois. It is presumed that some cars from Le Conservatoire will end up in The Musée de l’Aventure Peugeot (Museum of the Peugeot Adventure, a historical museum devoted to the Peugeot automobile business at Peugeot’s huge industrial site at Sochaux), but the vast bulk will remain at the Aulnay site. 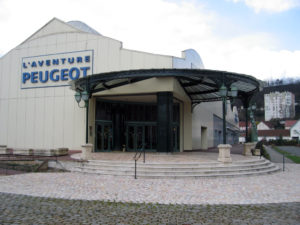 Last Citroën Rolls Out of Aulnay-Sous-Bois

Check your email and confirm the subscription